LaPilusa met with the Arrow McLaren SP race team, including its drivers Pato O’Ward (No. 5) and Felix Rosenqvist (No. 7), to check out the cars up close before race day. He is a long-time fan of McLaren and Arrow McLaren SP and drew inspiration from dazzle camouflage in imagining his winning design.

“Up until now, I had only seen my design in digital renderings, photos and video,” LaPilusa said. “This is the first time I have seen it on the car—in person—and I am absolutely awestruck at how cool this looks. It turned out better than I could have imagined, and I am truly honored to have a design—inspired by my Vuse Design Challenge submission—on both Arrow McLaren SP cars,” LaPilusa added.

About Arrow McLaren SP
Arrow McLaren SP represents three determined entities – Arrow Electronics, McLaren Racing and Schmidt Peterson Motorsports – who joined forces at the end of 2019 in a strategic partnership with a clear aim: to compete for the NTT INDYCAR SERIES championship and the Indianapolis 500. 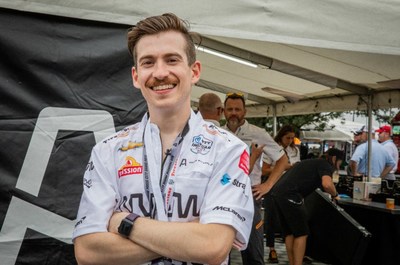 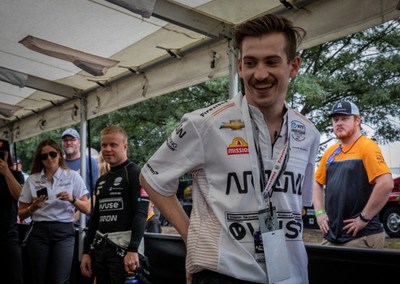