HYDERABAD, India, June 27, 2022 /PRNewswire/ — TAS United Director of Operations, Raj Dasari, talks about his late sister with pride. “She had a beautiful smile with everyone,” said Dasari. “Strangers, family, friends, it didn’t matter. She was going to greet you with a warm smile.” 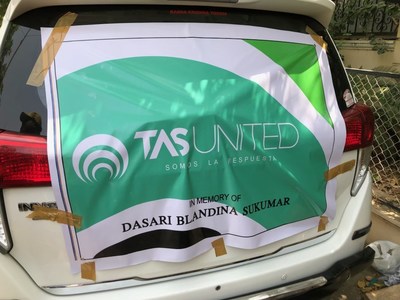 Blandina Dasari Sukumar was a registered nurse who worked her way up to a supervisor position, managing over 200 nurses in 2021. When the Delta variant swept through India, she felt compelled to go and help. As she attempted to save as many people as possible, she contracted the virus herself. Five days later, she was gone.

“We couldn’t go to the funeral because of the restrictions in India,” Dasari said. “I had to arrange her funeral through friends and family that I know there and watch it on Zoom. It was incredibly hard on me and my family here in the states.”

One year later, as more vaccines were administered and cases dropped, Dasari was able to travel to India for a proper ceremony. To honor Blandina, he and other TAS United representatives gave away 1,500 meals to people in the poorer neighborhoods of Hyderabad. The city with a population of 40,000,000 has faced extreme poverty.

“The people in these areas have no resources for food and water. They were so happy and grateful to see us. They were telling us, ‘Thank you so much.’ One person told us he had not eaten in three days. It was heartbreaking.”

TAS United has been heavily involved in serving its communities in the United States, regularly handing out meals to homeless neighbors at each of the company’s locations in Texas and Puerto Rico. This was the first time a representative of the company provided a service to the needy outside of the country.

TAS United president, Kevin Ryan, says this is typical for Raj. “Raj has been extremely busy keeping our service levels up and our clients happy during the nationwide staffing crisis,” said Ryan. “The fact that he was able to take time out to give back to those in need says everything you need to know about the type of person he is.”

TAS United is a US-Based, bilingual call center and answering service headquartered in San Antonio, TX. The company has been processing calls for medical and commercial businesses since 1984. For more information on TAS United, visit www.tasunited.com. 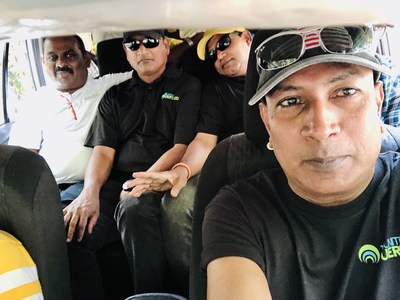 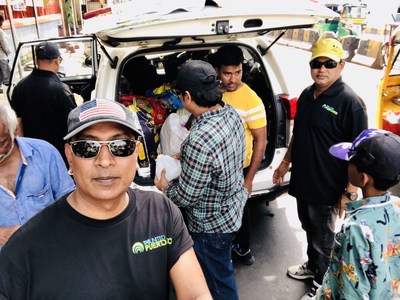