SEVILLE, Spain, April 24, 2022 /PRNewswire/ — Laureus, the global organization that uses the power of sport to change the world, today announced the global winners of the prestigious 2022 Laureus World Sports Awards, with Legendary quarterback Tom Brady being honored for the first time for his remarkable career. In a digital ceremony hosted from Seville, the American football legend picked up the Laureus Lifetime Achievement Award after an incredible 12 months in which he won a record seventh Super Bowl playing with the Tampa Bay Buccaneers. 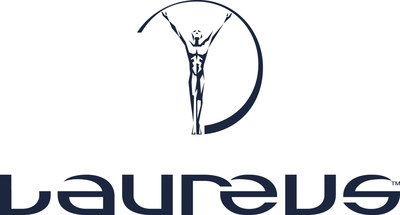 Widely considered to be the greatest quarterback of all time, Brady was honored alongside another US winner, Lost Boyz Inc, the inspirational Chicago baseball program which won the Laureus Sport for Good Award.

Brady’s brilliant career has been a superb example of remarkable longevity in a very tough sport. He is the only quarterback to win a Super Bowl in three different decades. In 2021, at 43 years 188 days, he became the oldest to win the Super Bowl as starting quarterback and the oldest to be named Super Bowl MVP.

Brady said: “I’ve played the sport of American Football for 31 years. I was very fortunate to fall in love with the game that’s brought so many memorable moments in my life. This Award was founded in the year 2000 when Nelson Mandela said, ‘Sport has the power to change the world’ and I totally agree with that. Sport transcends borders, races, religions and ethnicities. It brings so many people together in a positive way. In my view it brings the best out in individuals.

“Pelé was voted for this Award in 2000. Billie Jean King was voted last year. People I really look up to. Thank you very much from the bottom of my heart. It is an incredible honor to achieve this tonight,” he added.

NFL tight end and Brady teammate Rob Gronkowski said: “Tom deserves to win this Lifetime Achievement Award, Tom’s the best at what he does. He’s an exceptional player on and off the field consistently working to improve himself and others every day. Always working to put the team in the best possible position, year in, year out. I have a great deal of respect for him as a person and as a friend. Congrats Tommy. You’re a Lifetime Achiever.”

Soccer legend David Beckham praised the character and achievements of NFL legend Brady. “It is very hard to argue that the winner of this Laureus Lifetime Achievement Award is not the greatest of all time,” he said. “He is a man who never took no for an answer, someone who pushed himself through every setback and proved the naysayers wrong every single time; the type of character who displays the resilience, tenacity and leadership found only in true living legends. When I think about the peak of athletic excellence, it is hard not to think of Tom Brady.”

The Laureus Sport for Good Award recipients Lost Boyz Inc earned recognition for helping to redefine some of the city’s most dangerous neighborhoods. It was founded in 2009 by LaVonte Stewart to help disadvantaged kids in Chicago’s low-income South Side. Stewart was coaching a boys’ team in Chicago’s Rosenblum Park when two men with a gun chased another through the area. The children’s reaction to the violence–which was to laugh and take bets on what was going to happen next – shocked their coach into action.

From that day on, Lost Boyz has been a beacon of hope in the community. Today, the program provides at-risk youths with training and the competition of organized sport, but also economic and academic opportunities in an area where a third of residents live below the poverty line and are surrounded by gang violence.

The Winners were voted on by the Laureus World Sports Academy, the world’s ultimate sports jury, made up of 71 of the greatest sporting legends of all time. The Awards are widely known as the Oscars of the sports world and celebrate the best of the best athletes from across the globe. Past U.S. winners have included Roger Federer, Tiger Woods, Serena Williams, Lindsey Vonn, Missy Franklin, Lance Armstrong, Patrick Mahomes, Kelly Slater, the Chicago Cubs, and more.